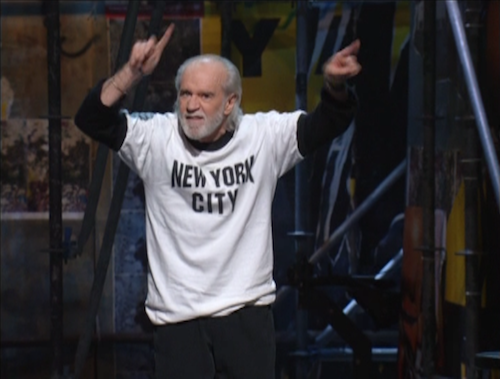 As we remember George Carlin on the tenth anniversary of his passing (June 22,2008), it will come as a great joy to fans to be able to celebrate George’s talent with a new 10-disc multi-format set, George Carlin Commemorative Collection. The set incorporates all fourteen of George’s stand-up specials for HBO, several hours of additional television appearances and interviews, the recent posthumous CD I Kinda Like It When a Lotta People Die, and HD versions of his final two specials. It’s the definitive George Carlin video collection.

Fans of stand-up comedy already know that George Carlin is often mentioned as one of the top two or three stand-ups of all time. (If not George, then maybe the visionary storyteller Richard …Read the entire review