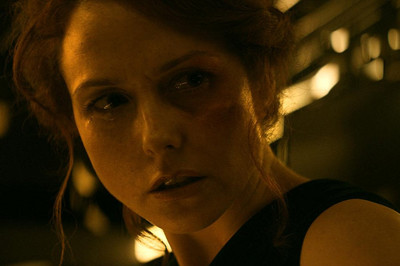 The Glass Coffin (El ataud de cristal) arrives a little late to capitalize on that short-lived burst of interest in one-location survival thrillers from a few years back, but if the context of such a film possesses a strong hook, then the innovation and claustrophobia involved with the concept still holds the potential to strike a chord. Where others explored themes like the worth of a single civilian caught in the throes of war or the ways in which preparation and rudimentary medical knowledge can come in handy during dire situations, this tale of survival tackles a cultural, more metropolitan critique, focusing on the seedy corners of the filmmaking business and the objectification of actresses. Brash neon visual language and a willi…Read the entire review