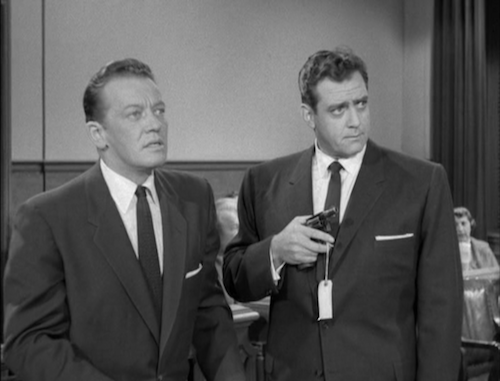 A staple of syndicated television in the half-century since it originally went off the air, Perry Mason is the kind of show that is so firmly ingrained in pop culture that it is easy to take it for granted. With its formulaic mystery-story approach, it can be considered influential upon any number of courtroom and crime shows, for better and worse, and it’s hard to imagine a more iconic fictional lawyer than Raymond Burr’s stoic, sly, and sometimes streetwise L.A. attorney.

The original run of Perry Mason started in 1957 and ended after nine seasons in 1966. From 2006 to 2013, CBS/Paramount reissued the show in half-season DVD box sets (DVD Talk’s Stuart Galbraith IV doggedly <a href="http://www.dvdtalk.com/reviews/list.php?u…Read the entire review