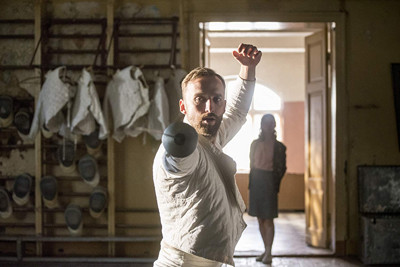 Sports dramas have this inherent poignancy that, more often than not, relies on two cinematic features for their success: either the effortless emotions of an underdog story, or the insights and unique context involved with depicting a sport that isn’t so mainstream or regularly featured on the big screen. The options are starting to dry up, though, as there’s only so many ways that the underdog story can be told and a finite number of unseen sports that can have a spotlight pointed on them. The Fencer slips in and manages to deliver a bit of both, depicting a post WWII-era youth sports club that resorts to the ancient art of sword-dueling in the absence of other athletic resources, revealing bits about the learning process involved …Read the entire review